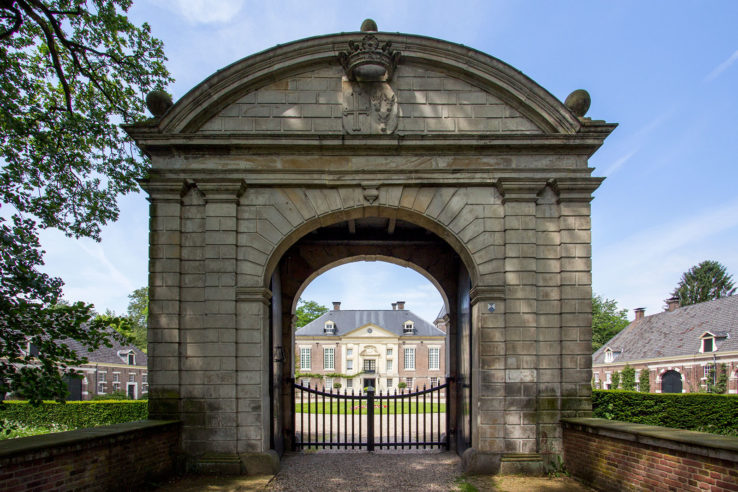 If you leave the Randstad (megalopolis in the central-western Netherlands) and drive towards Germany, the country gets wider and the cities smaller. Everywhere there are small forests, farms and even some hills. In between there are numerous “Buitenplaatsen” surrounded by beautiful gardens. Some are open to the public, such as the only “Prussian” castle in the Netherlands, Huis Doorn. Others are family-owned or are part of foundations. At Whitsun, some were open, such as the Langoed Singraven, which are otherwise not open to the public.