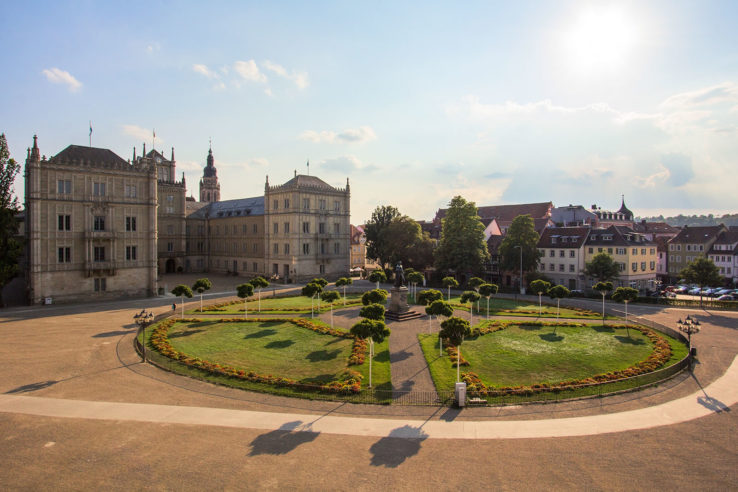 Coburg was ruled for many centuries by Saxon dukes. The husband of Queen Victoria of England, Albert, also came from this dukedom, and after her marriage she also bore the names Saxe-Coburg and Gotha, until the name was changed to “Windsor”. After the First World War, the city of Coburg with its former duchy came to the Free State of Bavaria by popular vote. Even today you can feel the influence of the dukes in the whole city. Everywhere there are Saxon coats of arms and ducal buildings surrounded by numerous old buildings.