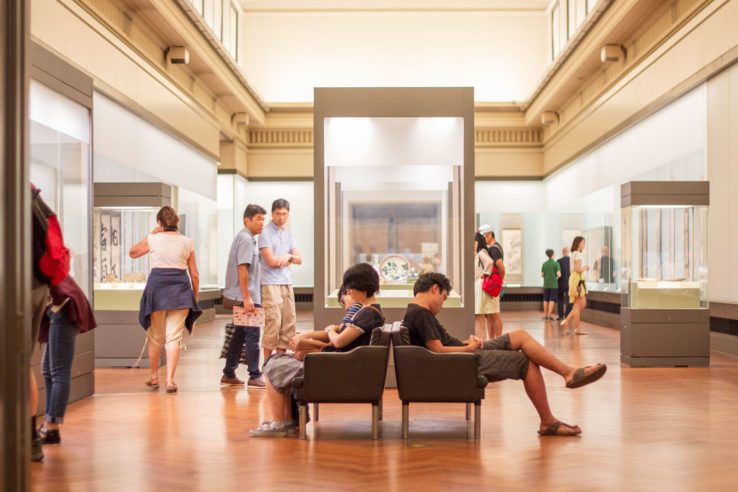 Japan is about 9000 km by plane from Western Europe. It is a country which was almost isolated from the outside world from 1600 to 1853. Until today some of this isolation seems to have remained. Although Japan looks incredibly modern and international from the outside there is only a foreign population of 2%. In addition, the young people I have met spoke very poor English. This could be due to the fact that the focus of English lessons in Japan lies on grammar rather than conversation.

In the big cities crowds of people are pushing through the subway stations and in the offices the light is still on at night. The streets are very clean but some of the beaches I have seen are full of garbage. You can sometimes find peace and quietness in the traditional gardens, where wooden pagodas stretch out into the sky and koi fish swim in the ponds. The island of Hokkaido with its hot springs seems to be a place where nature is still in order. There you can find some calm and won’t meet anyone for hours.